Loaded with gorgonzola, bacon, and caramelized onions, these cauliflower faux-tatoes are a low-calorie indulgence that you'll actually feel guilty eating, but at only 145 calories they're definitely guilt-free! 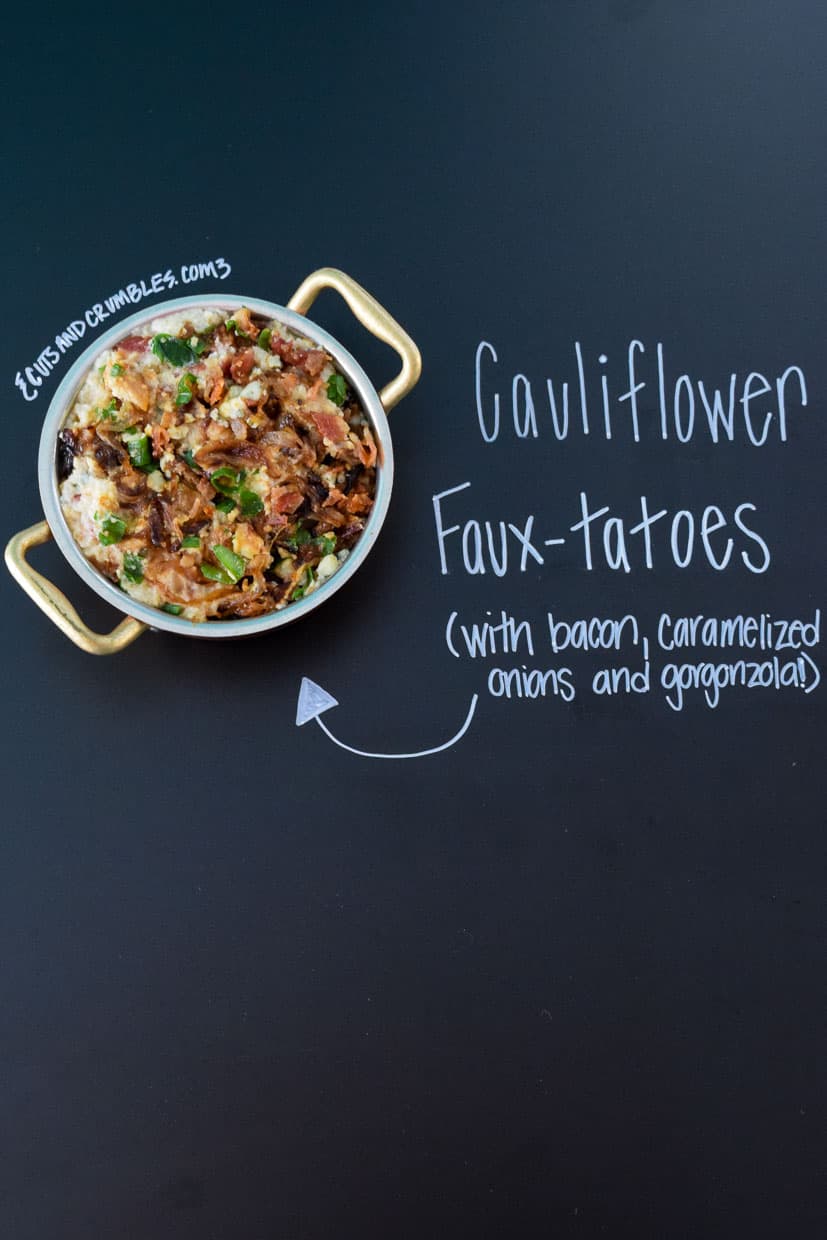 HERE IT IS! The side dish that started it all!! This was the first recipe I made that truly made me realize how easily (and deliciously) I could satisfy my cravings without indulging in a high-calorie meal. This made me want to share it with the world!! (Or at least anyone who would read my blog 🙂 )

This dish tastes so similar to loaded mashed potatoes that I actually felt guilty eating it! But at only 145 calories per serving, there's no reason to feel guilty! The flavors melt together magically and every bite is full of flavor. And if you're not a fan of gorgonzola (I love its strong, rich flavor) you can substitute any cheese you prefer.

I've been cruelly tortured by other mashed cauliflower recipes before that claim they taste JUST like mashed potatoes. They don't. Until I made this recipe and EVERYTHING CHANGED. Seriously, you won't regret making this. Especially if you're a mashed potato fan like me! 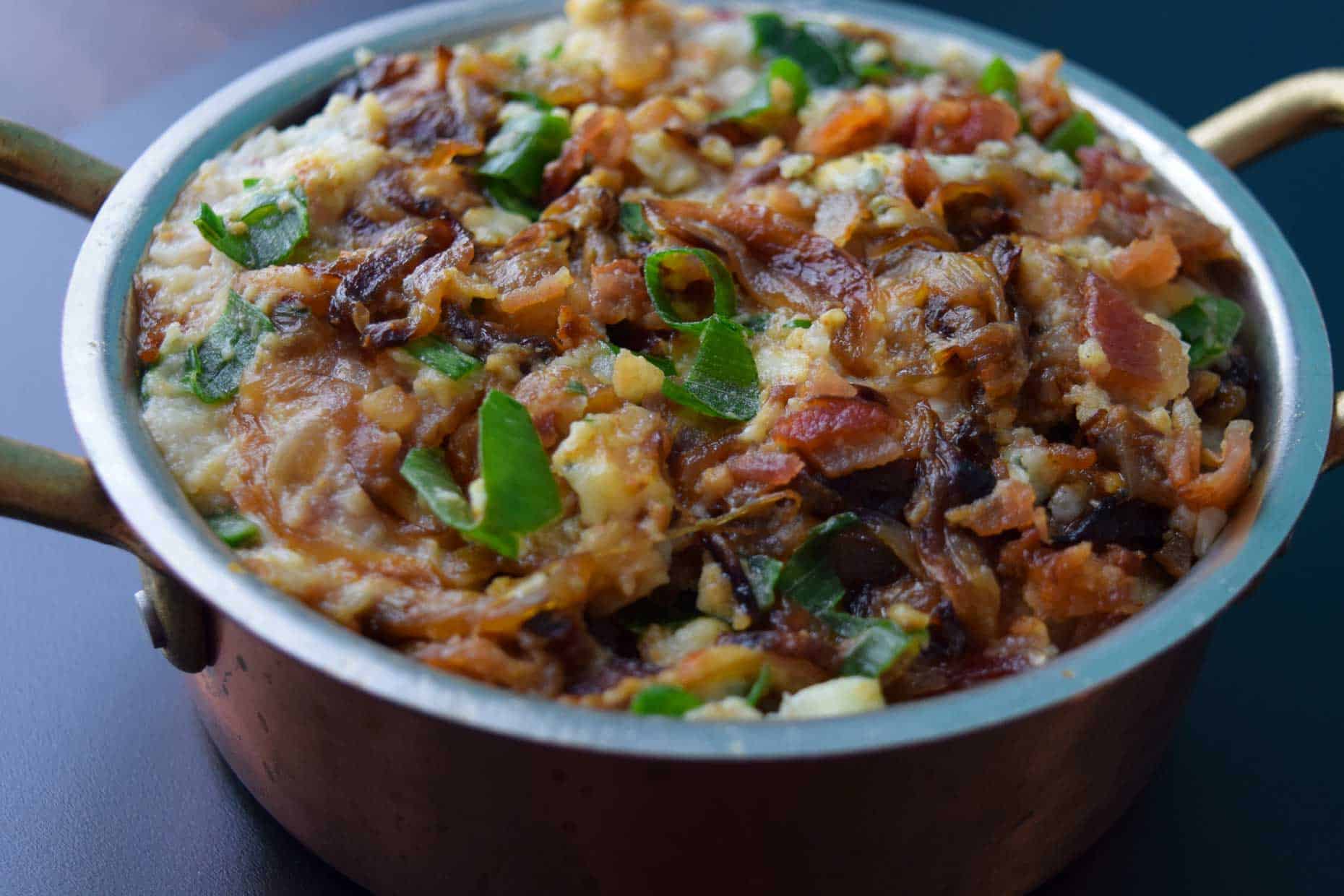 Side note: The preparation for this dish can be a little time-consuming, so if you want to make this an easy, quick weeknight meal you could cook the bacon and onions a day or two before then all you have to do is boil the cauliflower and mix everything together!

Since cauliflower is the star of our show, let's learn a little more about it!

how do i choose good cauliflower?

got it, so how do i store the cauliflower until i'm ready to cook it?

Tip: You can find more tips on seasonal produce selection and storage, plus tons of recipes from fellow food bloggers in my Monthly Seasonal Produce Guides!

great! now how to do i cook this recipe?

Start by boiling a large pot of water for the cauliflower. Cut the cauliflower into small florets. The smaller the better, because they will become tender faster. You can steam the cauliflower if you prefer, but I like to boil it. If you're going to pretend to be potatoes you better ACT LIKE POTATOES, cauliflower!!! Anyhoo....I let the cauliflower relax in the hot tub until the onions and bacon are done.

In the meantime, begin heating a medium-sized skillet over low-medium heat. Slice a white onion into thin strips. Add 2 tbsp olive oil to your heated skillet, then add in the onion slices. Heat until translucent. The caramelization process should be slow and steady, don't try to speed it up by increasing the heat!

While the onions are in the sauna, cut 5 pieces of bacon into small pieces. I prefer to cut the bacon prior to frying rather than trying to crumble it after it is cooked. I just think it's easier. (Okay, I'm scared of bacon grease and there's less of the terrifying grease splatter bubbles with cut pieces than with flipping whole slices.)

Take a moment to praise yourself for cooking 3 things at once. You're pretty much a professional chef right now. Also, the smells are phenomenal at this stage so enjoy it!

Once the bacon is crisp, transfer to a plate lined with paper towels. Throw away the remaining bacon grease. Resist. The urge. To add bacon grease. To onions. (A mantra I repeat to myself every time I make this recipe...it won't hurt anything, and it would taste amazing, but we're trying to save calories here, people!)

When the onions are beginning to turn translucent, mix in 1 tsp of minced garlic. Since I'm already doing so much to prepare the other ingredients I prefer to use minced garlic out of the jar to make my life easier (and if you remember from the bruschetta with mini peppers recipe, we're still out of garlic cloves...)  Continue to cook the onions until they are browned and caramelized (at least 30 minutes).

After the caramelization transformation has beautifully ended (the onions should have a pretty legit tan by now), you can begin to prep the casserole!

Drain cauliflower and add to a food processor. Add in ½ cup of plain, non-fat yogurt. Process until smooth, or desired texture. I don't like lumps in my mashed potatoes so I don't want them in my cauliflower faux-tatoes either!

Once mixed, trasfer into an ungreased baking dish. Sprinkle on the rest of the gorgonzola (¼ cup) and paprika (¼ tsp). Broil for about 2 minutes, until cheese starts to appear melted and casserole is warmed.

Top this bacony, cheesy, oniony chunk of heaven with the remaining sautéed onions and bacon, then decorate with as much (or little) of the chopped scallions as you prefer!

These cauliflower faux-tatoes could be enjoyed completely on their own (they're that good!), but I prefer to pair them with a meat (You feel like you're really indulging in a hefty meat and potato dinner!) At only 145 calories a serving, you can afford the meat!

I like the casserole best when it's right out of the oven. The leftovers are decent too but it seems to lose some of its pizzazz. I always pair it with a nicely seasoned steak for leftover night 🙂 Store the leftovers in a sealed container in the refrigerator for up to 3 days. 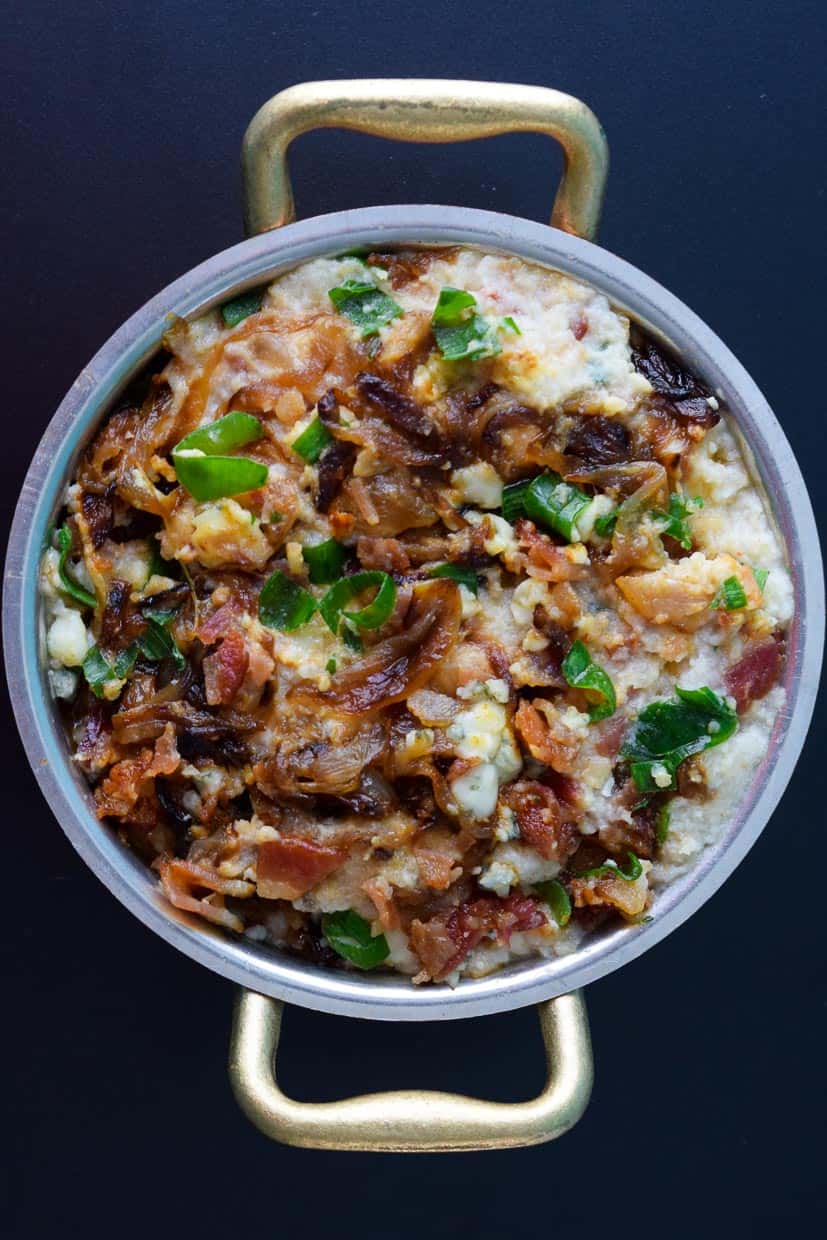 This recipe has been adapted to satisfy our taste buds but you can tweak it to make it your own if you don't care for any of the ingredients. Different cheeses will obviously give it a different taste, but I prefer the rich, bold flavor of gorgonzola. I also have a certifiable obsession with paprika so I always use as much as possible but you could cut that back if you prefer.

I hope you enjoy this recipe as much as I do! It's one of my absolute obsessions right now. And the best part is, since there is leftover bacon I get to make more meals with bacon!! Check back next week for spaghetti squash with bacon, caramelized onions (I'm on a kick, guys), spinach, and parmesan! (Now on the blog, under Spagehtti Squash Florentine!) I'm also going to be whipping up some apple, smoked gouda, onion and bacon quesadillas since we've got bacon overload right now! 🙂

Loaded with gorgonzola, bacon, and caramelized onions, this dish is a low-calorie indulgence that you'll actually feel guilty eating, but at only 145 calories it's definitely guilt-free!

The preparation for this dish can be a little time-consuming, so if you want to make this an easy, quick weeknight meal you could cook the bacon and onions a day or two before then all you have to do is boil the cauliflower and mix everything together!

Leftovers can be stored in the refrigerator in an airtight container for up to 3 days.

What do you think? Did this recipe make the cut for you or did it crumble? What would you do differently? Leave a comment below! 🙂

PS: Since I want my blog to be about learning and improving, I wanted to include one of my original images, next to an updated image. Thank you to the Pinch of Yum Food Photography Ebook for these lessons! 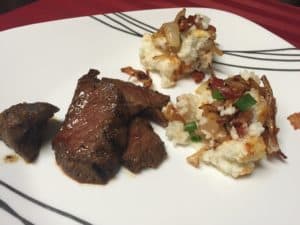 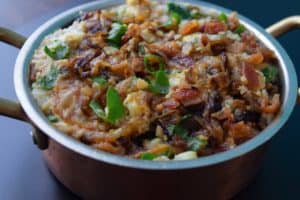 Hi I’m Caitlin! I am the chalkboard artist, photographer, writer, and overall boss-lady behind Cuts and Crumbles! I love sharing easy recipes that are possible for any skillset and suitable for any occasion! From recipes with low-calorie ingredient swaps to more indulgent dishes and even off the grill smoked specialities, I've got you covered! Read On… 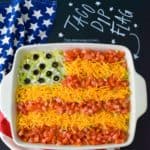 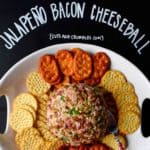 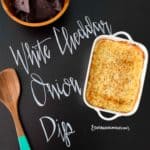 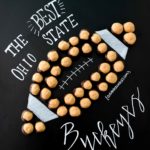 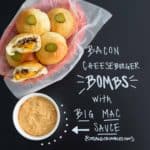 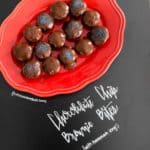 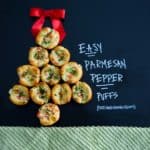 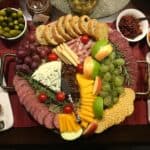 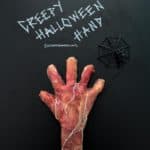