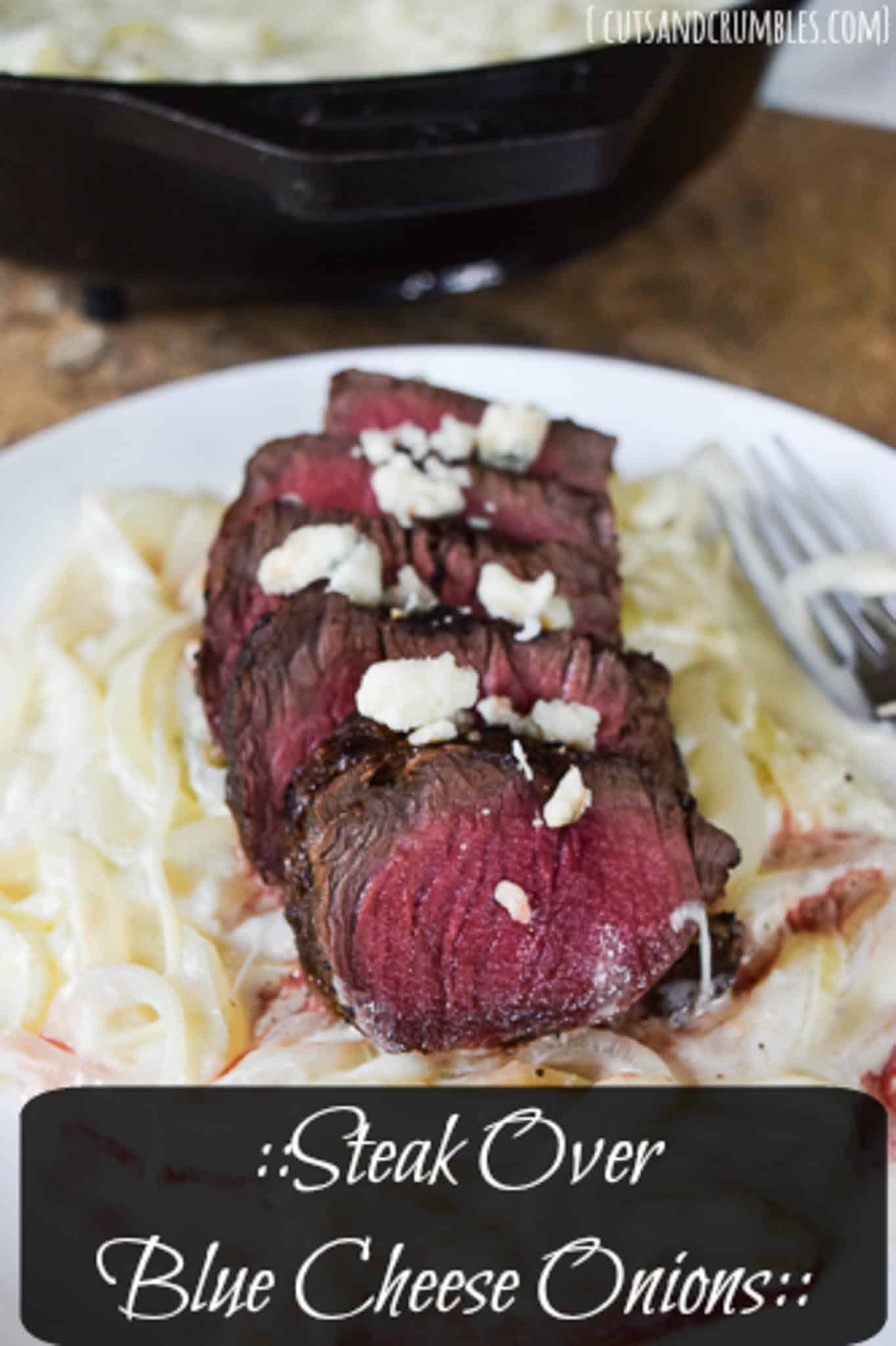 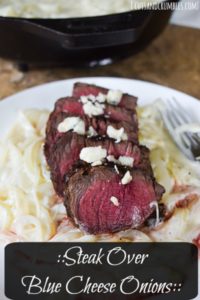 I will legitimately eat anything that has blue cheese in it. Or on it. Or around it. Even salad. And you know I hate salad.

I especially lose my mind over blue cheese when it's melted. It's so rich and creamy and delicious and makes me forget all of life's problems. Pair it with a vidalia onion and steak? Done and done.

When I originally saw this recipe I figured it would be a perfect healthy dinner! Then I started calculating calories and realized I know nothing about anything. That blue cheese, cream and hidden 6 tablespoon of butter add up fast! So while this ended up being a Crumble recipe after all, it was still an absolutely phenomenal dinner! 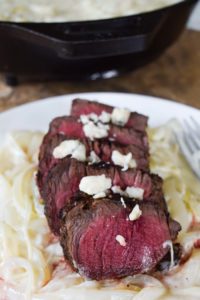 So before we start digging into this recipe you should know three things.

This is kind of a two part recipe, as you'll be cooking the onions and steak separately. You can cook the onions first and then start the steak if you'd like. A little extra time over heat won't kill the onions! You can also make them simultaneously if you're good at that kind of multitasking wizardry. Or, if you're like me, you can have your spouse (or roommate, or mom, or sibling, or random person) make the steak while you make the onions. Teamwork makes the dreamwork! 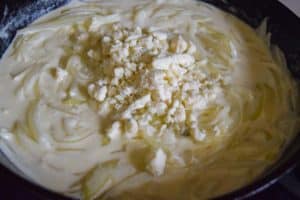 over high heat. Melt 4 tablespoon of butter into skillet then toss in onions. Cook until translucent, about 10 minutes.

Reduce heat to a simmer and add in 1 C of heavy cream. Allow mixture to simmer until cream is reduced in half, about 5 minutes.

Add in ½ C blue cheese and stir until melted. Congratulations, you just whipped up the highest quality steak bed that has ever existed. And even though it looks like a giant pan of fettucini alfredo, it's actually so, so much better! 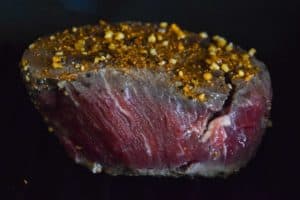 Meanwhile, liberally salt the steaks and allow them to reach room temperature. Heat a grill pan (or skillet with a little olive oil) over very high heat. Once you sprinkle a little water into the pan and it sizzles, then the pan is ready for the steak.

Add pepper to each side of steak and add to pan. Allow to cook until internal temperature is 140-145 for medium rare, 150-160 for medium, flipping once while cooking. Timing will vary based on thickness of steak, of course! I highly recommend using this electronic meat thermometer

. It's one of my new favorite kitchen tools now that I am cooking up some more fancy meats!

Allow steak to sit for 5-10 minutes before slicing and serving over generous portion of onions. I used a coconut sized onion so we had enough for 4 servings. Which was awesome because the leftover onions are even more flavorful and creamy than when they were fresh out of the skillet!

**Recipe from The Pioneer Woman

Hey I’m Caitlin! I am the chalkboard artist, photographer, writer, and overall boss-lady behind Cuts and Crumbles! I love sharing easy recipes that are possible for any skillset and suitable for any occasion! From recipes with low-calorie ingredient swaps to more indulgent dishes and even off the grill smoked specialities, I've got you covered!